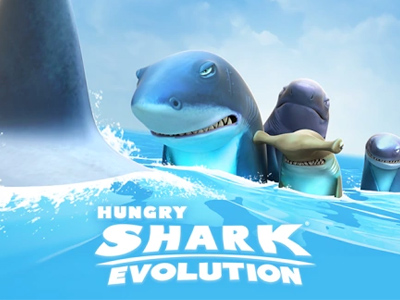 Humans are always scared to swim in the ocean especially if it’s famous for shark infestation. Yes, the Great Whites are terrifying and you will never know when, what or where they hunt for a quick snack. But what if you play a game to be a shark? Do you have what it takes to hunt? Hungry Shark Evolution might be the ultimate shark game for you!

The Hunt is On

This 3D Unity-built game is available for download on PC or mobile phone. In terms of installation, it is very convenient. The main objective of the game is to eat everything along the way and evolve into different sharks until becoming the Megalodon. That’s not all. If you are lucky, you may also unlock the prehistoric Mosasaurus! Survival is important so be sure to avoid obstacles such as missiles, shark finners, mines, toxic wastes, enemy crabs, rockets, and electricity that could end your shark journey. Each level has a different obstacle and it gets harder as you go up one level at a time.

To be able to evolve and upgrade, there are gems and coins in each level to collect. You start from the bottom by being a small reef shark. Each level has a map to follow and accessories to purchase when you have enough coins. As you evolve into a stronger shark in the next level (such as a Mako Shark or Hammerhead Shark), special power ups also help you beat the high scores when playing online. Aside from enjoying the game on your side of the world, you can also check your rankings with other Hungry Shark Evolution players in other countries through Facebook leaderboards. Each shark you evolve into has a special mission, plus 15 hidden or sunken objects you need to find to be successful!

Although Hungry Shark Evolution has an easy objective that any kid can achieve, it may contain themes not suitable for young children such as blood, profanity and violence thus giving it a 12+ rating. In terms of controls when playing, you may use the tilt option to steer the shark around the ocean. Tapping the screen adds a boost for speed especially if you need to gobble something up or evade some obstacles. The game basically has very easy gameplay and the need to evolve into a bigger and powerful shark is what keeps players playing until the wee hours of the day.

The scenes of this game differ on every level but of course, situated in the ocean. Graphics are perfect in which the lush colors are very enticing for any gamer. The upbeat music on each level adds on to the player’s dedication to win and become a stronger shark at the end of the mission. Hungry Shark Evolution may have in-app purchases but does not really rely into these for a victorious finish. This game is perfect for people who have long waiting hours or simply those who want to play for fun. Mastering each shark’s powers is the best way to be successful in this amazing game. 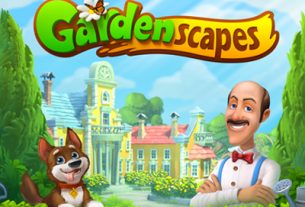 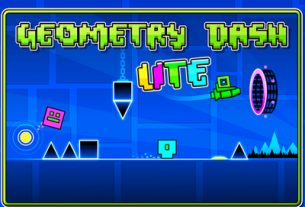 Geometry Dash Much Better Than Math 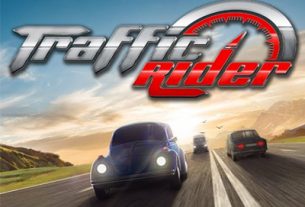 Traffic Rider: The Freedom of The Road